The Rectoría at Monterrey Tec’s primary campus in Monterrey, Mexico, serves as the central administration building for the entire system of campuses around Mexico. The building is the most iconic on the campus and one of the most important in the history of modern architecture in Mexico. Since its construction, its use has changed many times. The result of all these modifications over the years is that the building retains its historic character in some areas, but not necessarily in others. A clear sense of cohesion is lacking. Most importantly, however, the spaces do not function optimally. Many on campus feel that the building appears closed and uninviting. It lacks transparency and a logical internal flow. The extraordinarily valuable collection housed in the rare books library – the Cervantina – is not even known to many potential users, and the functioning of the central lecture hall is less than ideal. Finally, the basement level lacks natural light, and the vertical circulation does not meet current standards. 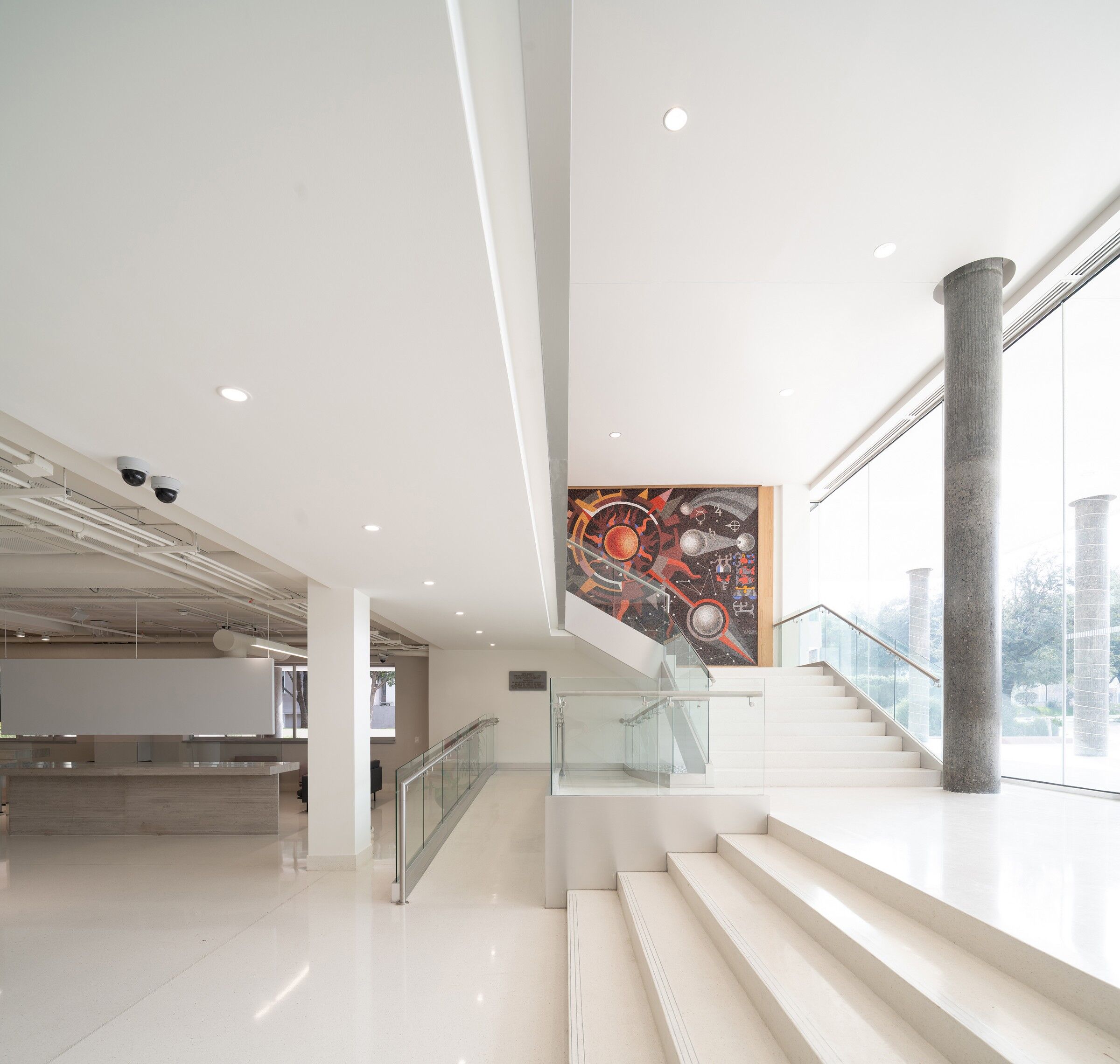 In this context, the leadership of the university decided that they needed to make a significant improvement. In developing a design solution that responded to this choice, it was imperative that the building retain its historic character. In particular, the design brief expressed the importance of respecting the murals in the lobby and on the facade. This approach would help ensure that the new design would appear to be a harmonious extension of the original intent.

The transformation of the building that we have come to call “Transparente” would be accomplished through the application of a few essential ideas: 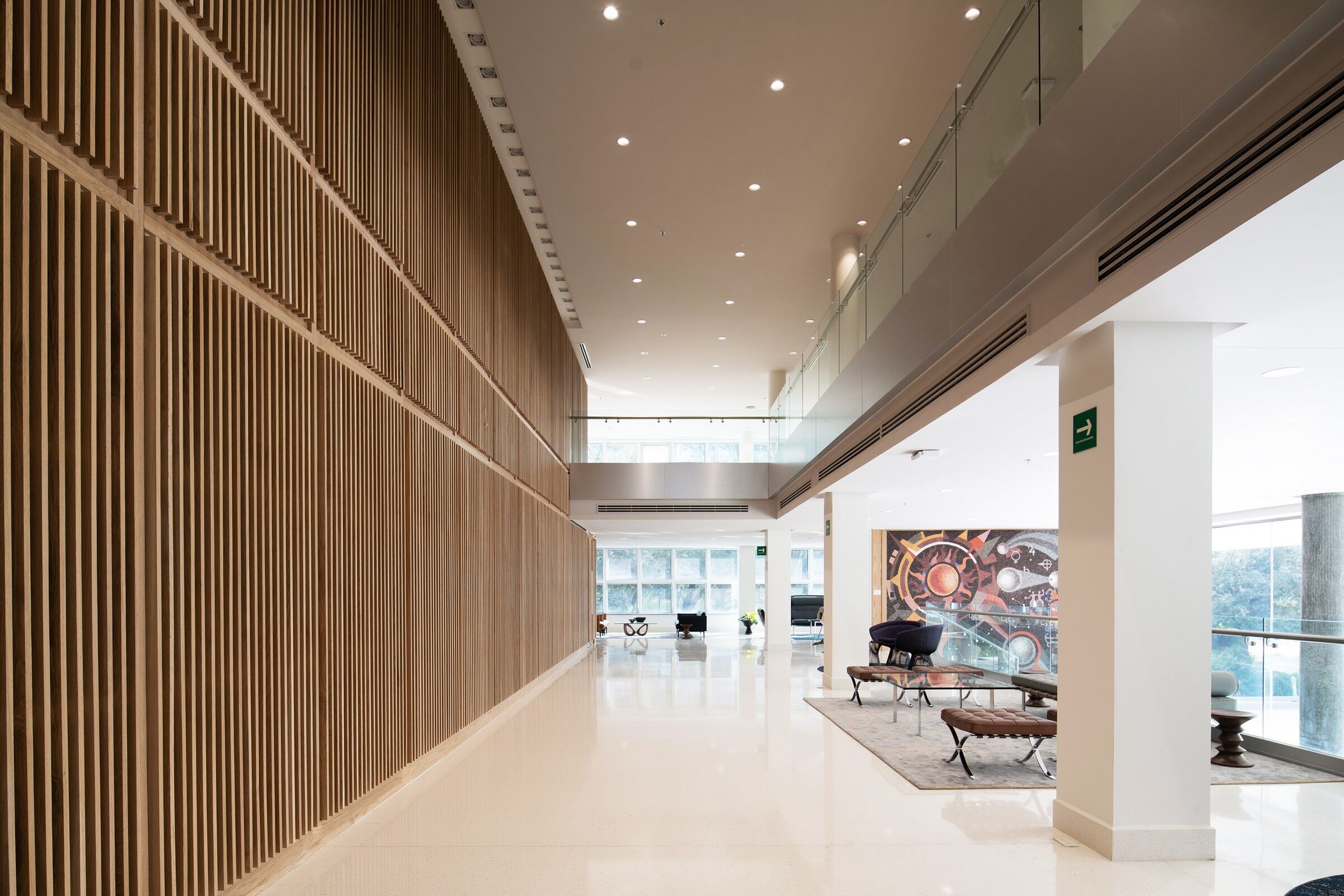 This strategy would go beyond materials and finishes; instead, it would be about connectivity and transparency in an almost metaphysical sense. This notion can be seen in the transformation of the primary façade that has come to signal the renovation of the building and define the overall image of the project. While the original façade was more opaque as a result of being composed of a mixture of glass, stone, and tile, the new façade is entirely glass. The result is a strong sense of transparency that blurs the line between the interior of the lobby and public plaza in order to create a sense of openness that invites those passing by to enter. 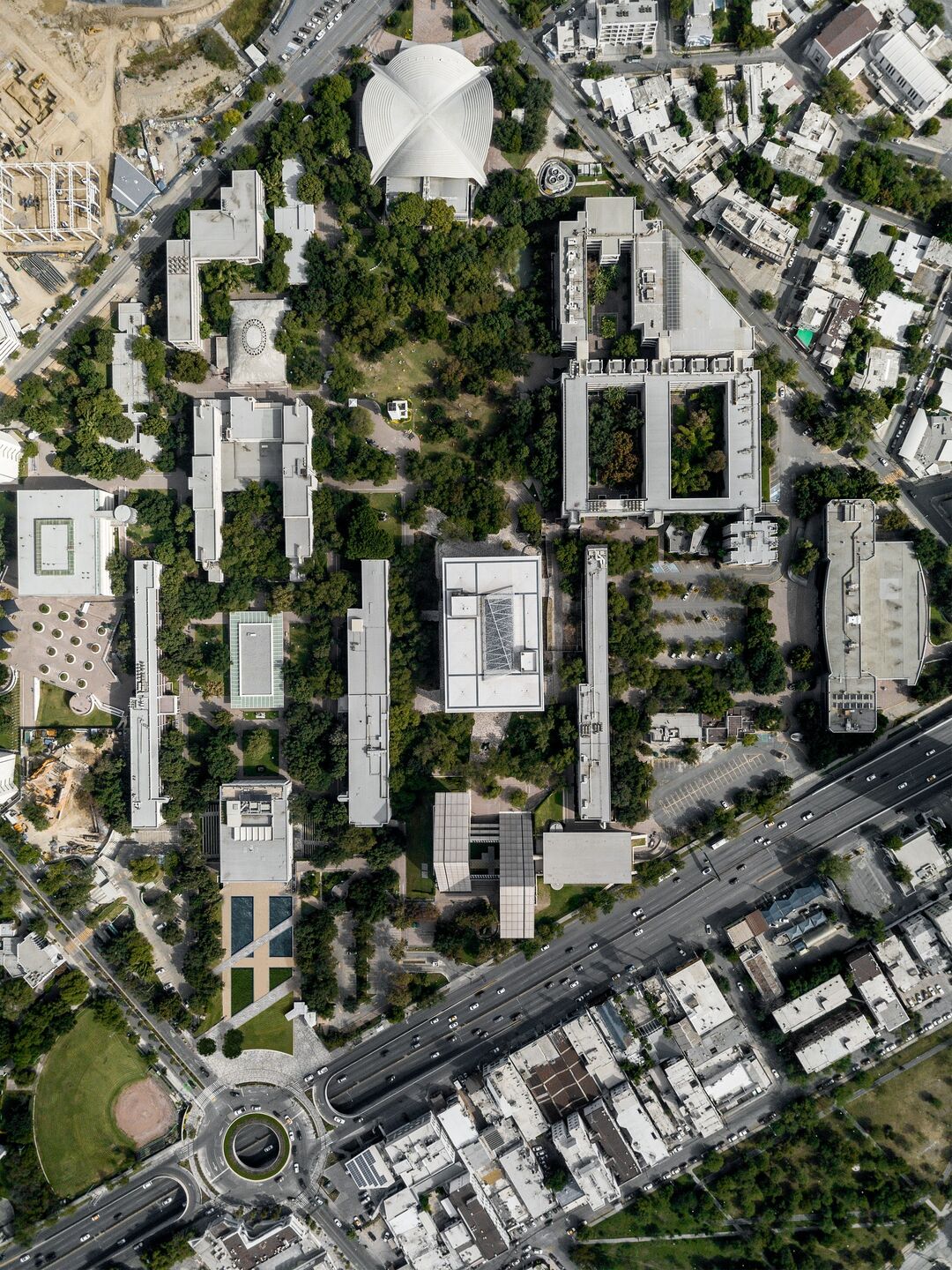 Connectivity and transparency can also be seen in the new two-level hall connecting the ground level to the basement level. The hall itself is defined by a double-height space with a set of stairs and seats connecting the two levels. Coworking and gathering spaces form the perimeter of the two-level hall. Once on the lower level, visitors can see that a similar strategy has been introduced on the two parallel sides of the building, creating a stepped area that allows light to enter the once dark basement. Directly above this hall is the two-level Sala Major, which serves as a primary place for lectures and gatherings. While the form was not altered, the surfaces and furniture were updated to enhance comfort, improve acoustic performance, and provide up-to-date audiovisual equipment.

Madrid is a center of gravity for European architecture. Spain’s capital city is host to an am... More

In Lviv, Radio Garage is a media art centre and an experimental gallery for temporary exhibitions wi... More

An iconic 19th-century building next to Amsterdam Central Station, Droogbak has been transformed int... More

In the heart of the historic city of Bruges, The Bruges Meeting & Convention Centre (BMCC) is a... More

Designed by NAPUR Architect, the recently opened New Museum of Ethnography in Budapest is a purpose-... More

The Royal College of Art unveiled its new campus in Battersea, London this past month.  With a... More