Bates Smart's proposal is for a mixed use development comprising 18 floors above ground level and a single basement. Located between the city fringe and Surry Hills. Three quarters of the site is occupied by a significant 10-storey Federation Warehouse. 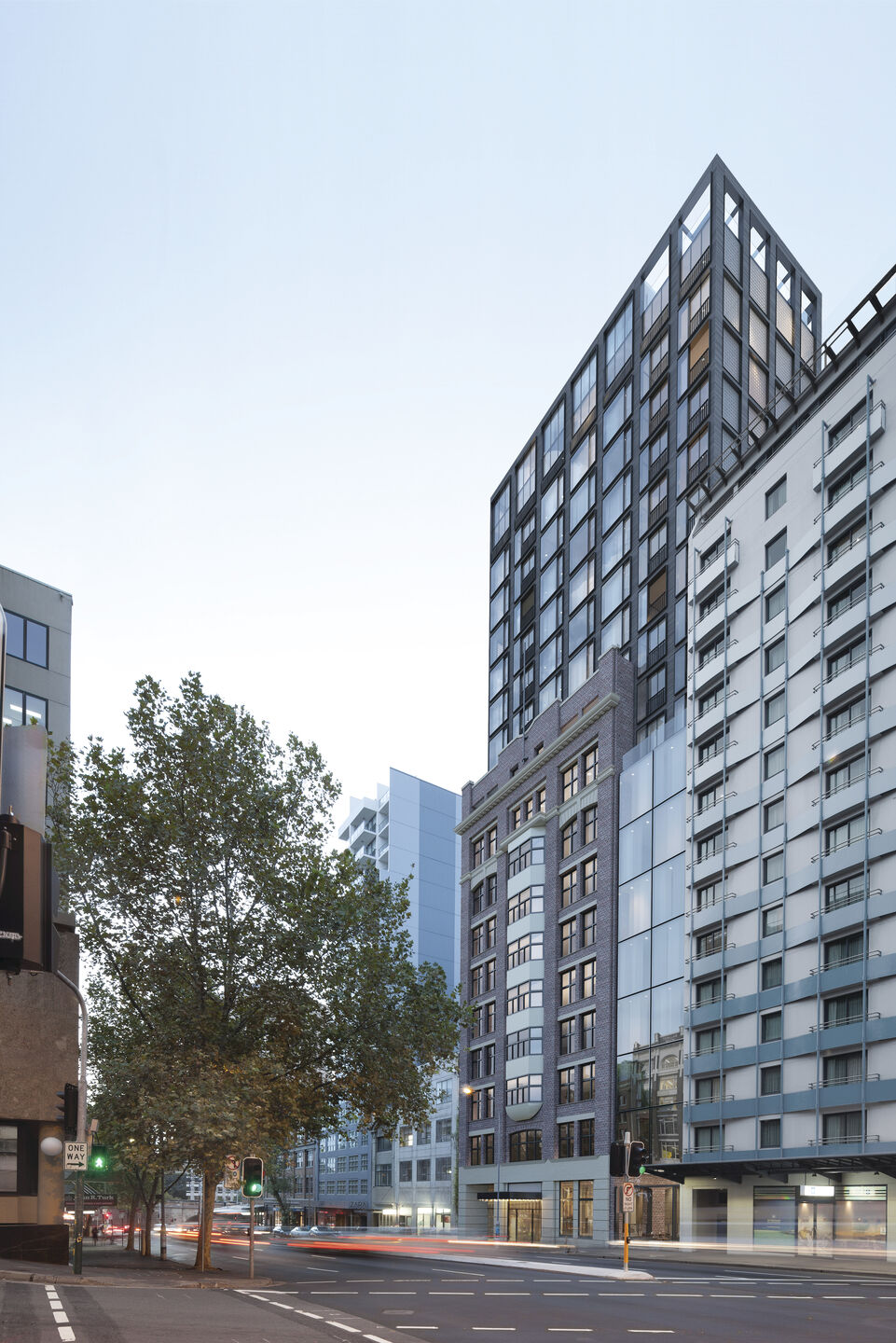 The proposal is articulated into 3 parts. The existing Federation Warehouse is retained with the lower 8 levels occupied by a hotel and the upper 2 levels occupied by residential apartments. Alongside the existing building is a 7-storey lightweight infill element, forming part of the hotel. Its steel and glass facade defines the street wall and forms a counterpoint to the heavy masonry facades of the existing building. 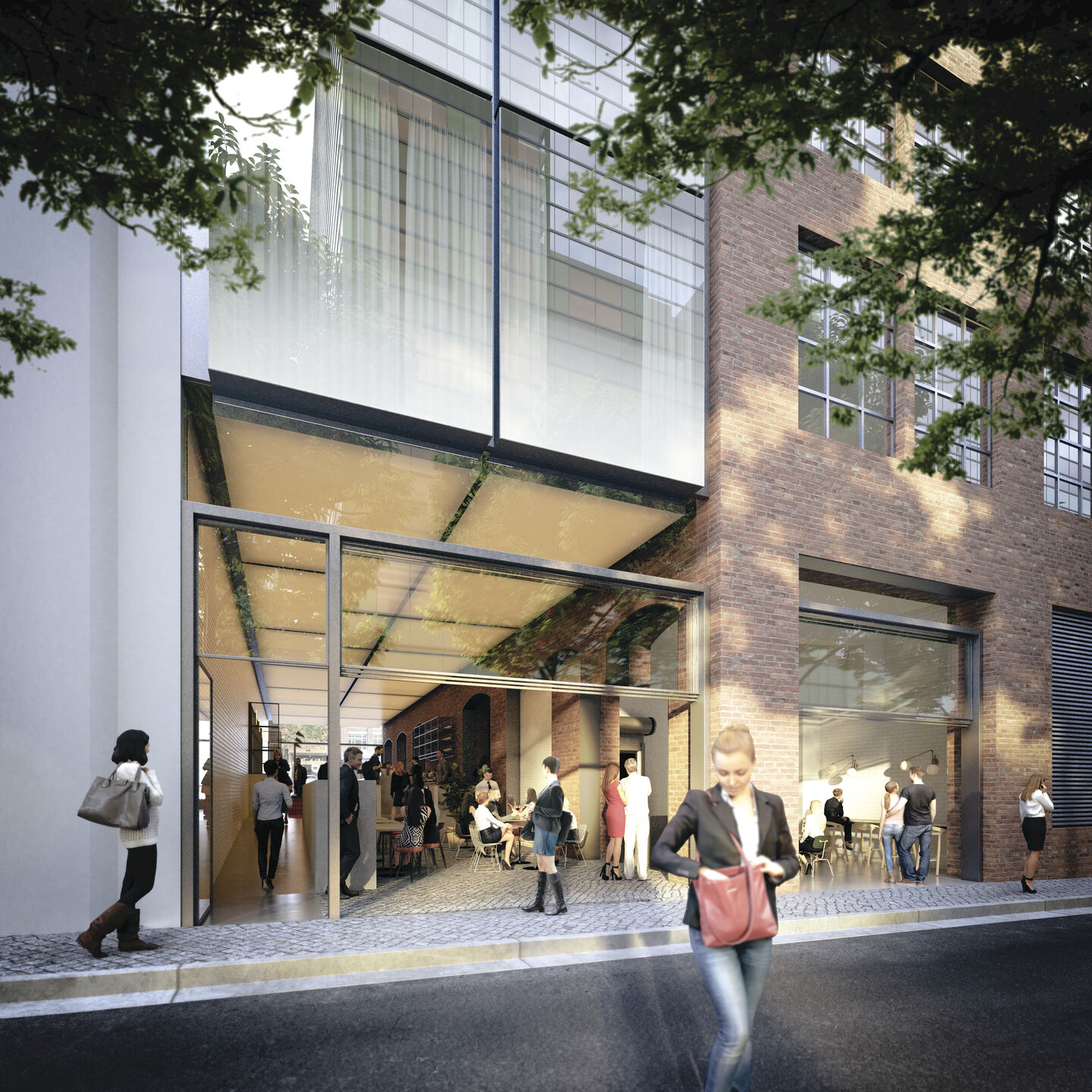 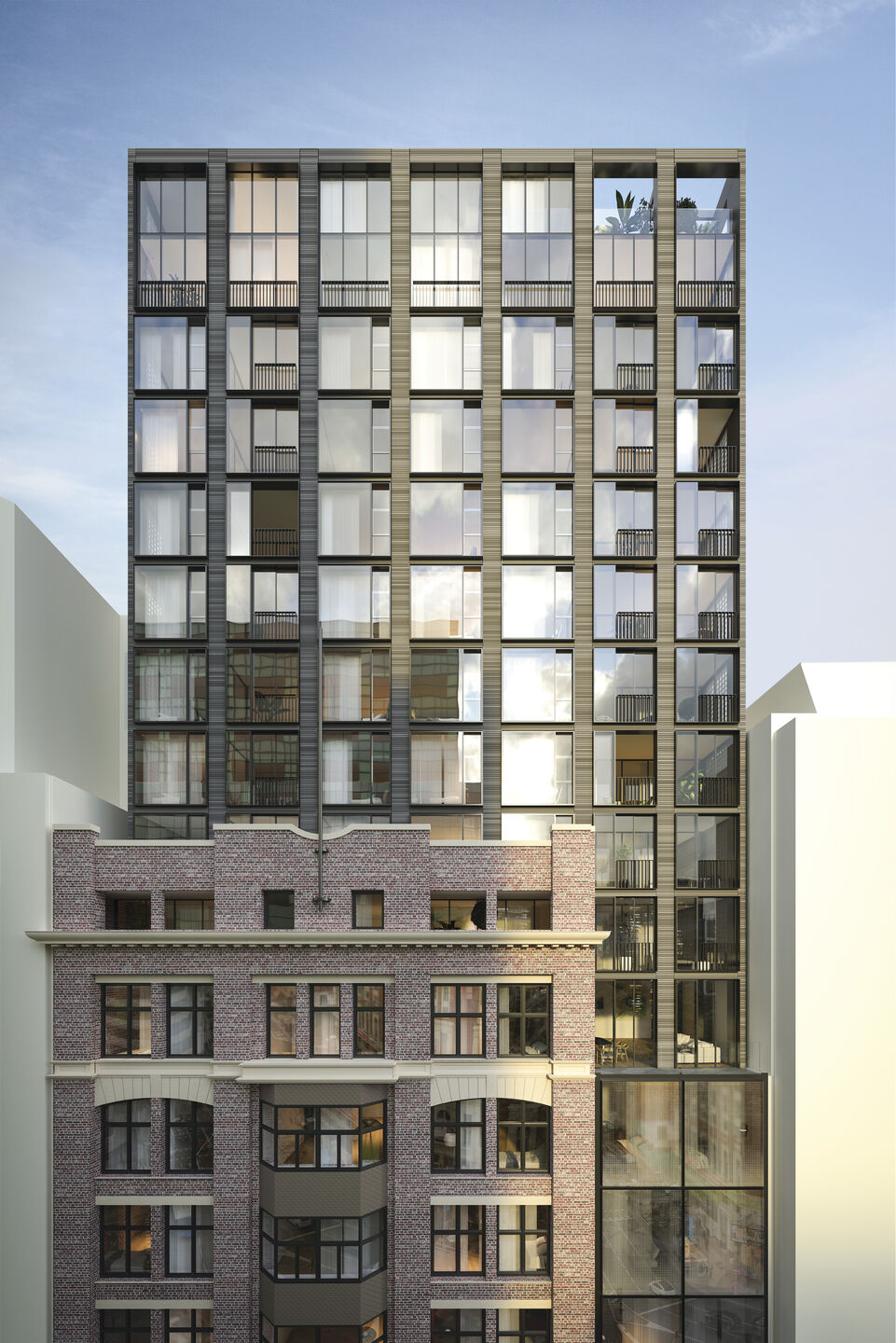 The third part of the proposal is a 10-storey residential tower setback from the street front. It has been articulated to respond positively to the built form and upper level setbacks of both existing and proposed adjoining buildings and presents two slender building forms to the side boundary which is very visible from Wentworth Avenue. 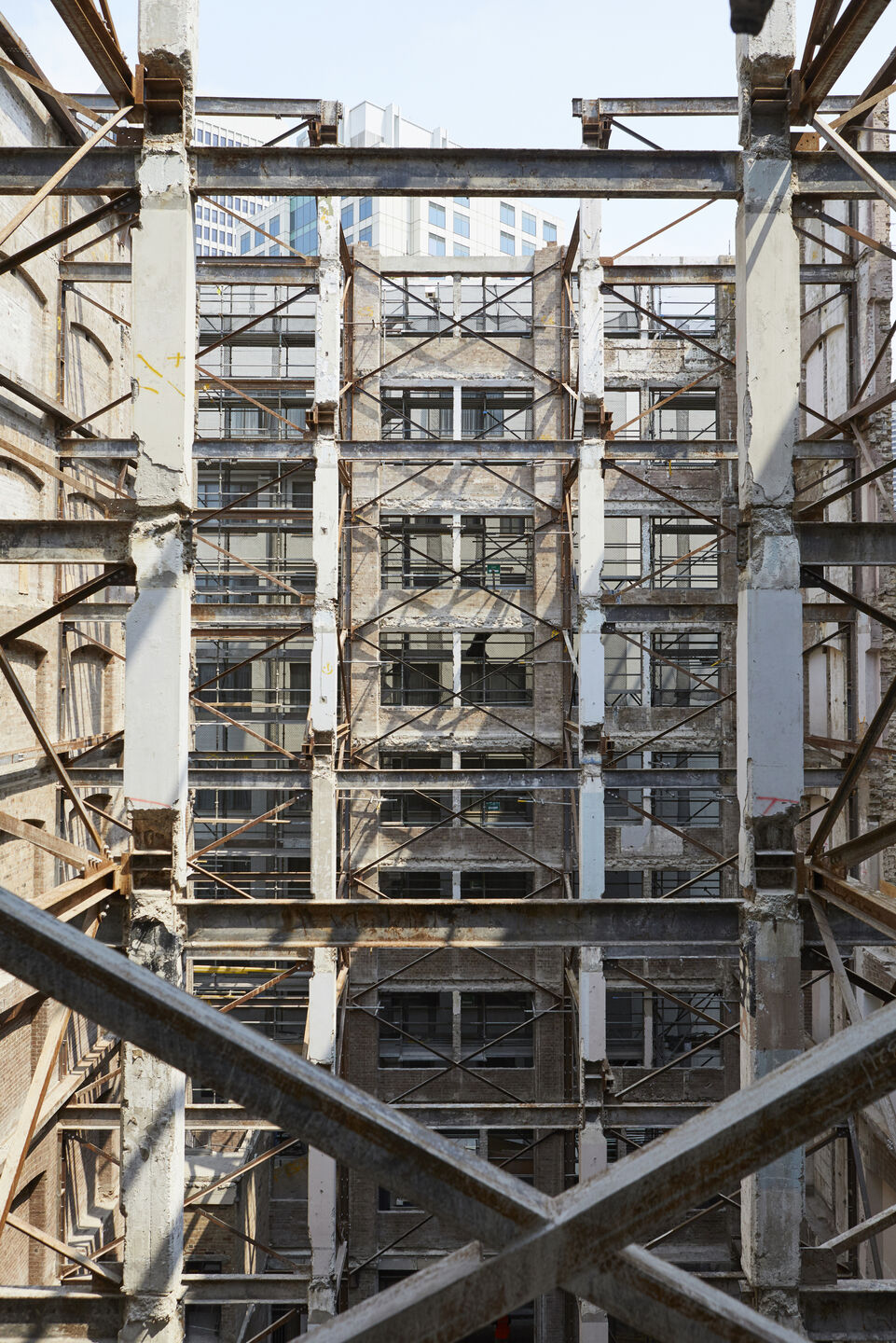 The tower facade is defined by an expressed frame that draws on the Chicago School heritage of the existing Federation Warehouse and celebrates the buildings rational framed construction.The frame is clad in charcoal terracotta which references the masonry character of the surrounding context and offers a modern interpretation of the brick facades. The frame is infilled with bay and metal balustrades set within projecting metal frames that together add a finer layer of detailing to the building.