The Book Tower of Warsaw

JOA has revealed their first-prize winning project of the competition ‘libgen: towards a new class of evolutionary libraries’ proposing an alternative library design in warsaw, poland. the new library will serve regionally, juxtaposing with the warsaw university library, serving as an incubation center of technological innovation,  intellectual workforce that encourages communication. 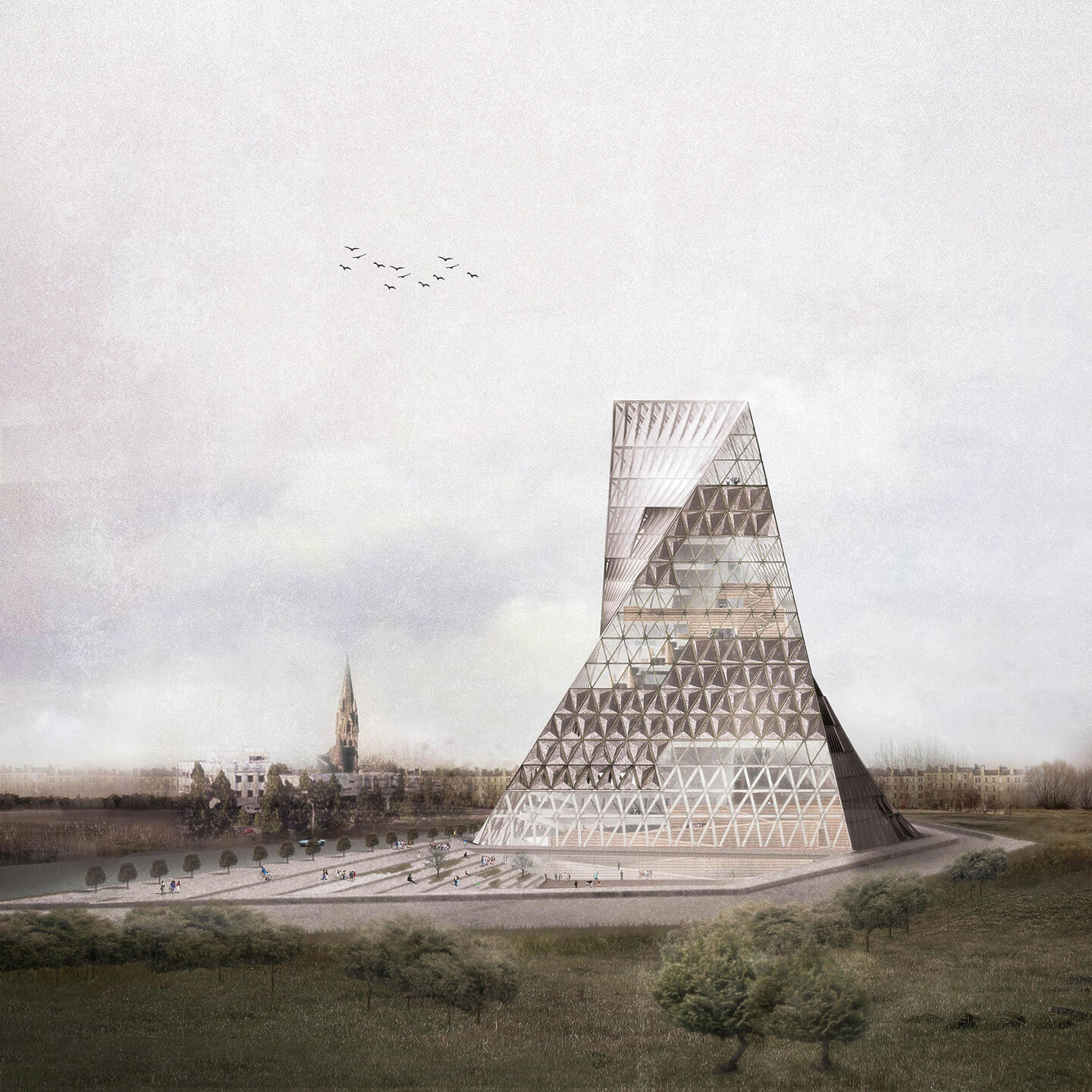 JOA aimed to create a social platform for learning and studying, targeting the contemporary society of the future. in order for the architects to achieve this goal, before anything, they studied thoroughly all documented history on public libraries. according to their research, in a traditional library, books are the main element that serves as the medium of self-learning, preserving history, fiction, art, and science. in ancient ages, the library was a part of a sacred temple, an administrative, or a royal archive, while during the roman period, libraries offered not only books, but also lectures and gatherings in the hall or garden. by the 18th century, boullee executed the library as the first architectural treatise to focus exclusively on public monuments, introducing an architectural language based on the composition of simple geometrical volumes. however, more recently, the internet breaks down the old formula, providing people an immediate access to massive, diverse information. 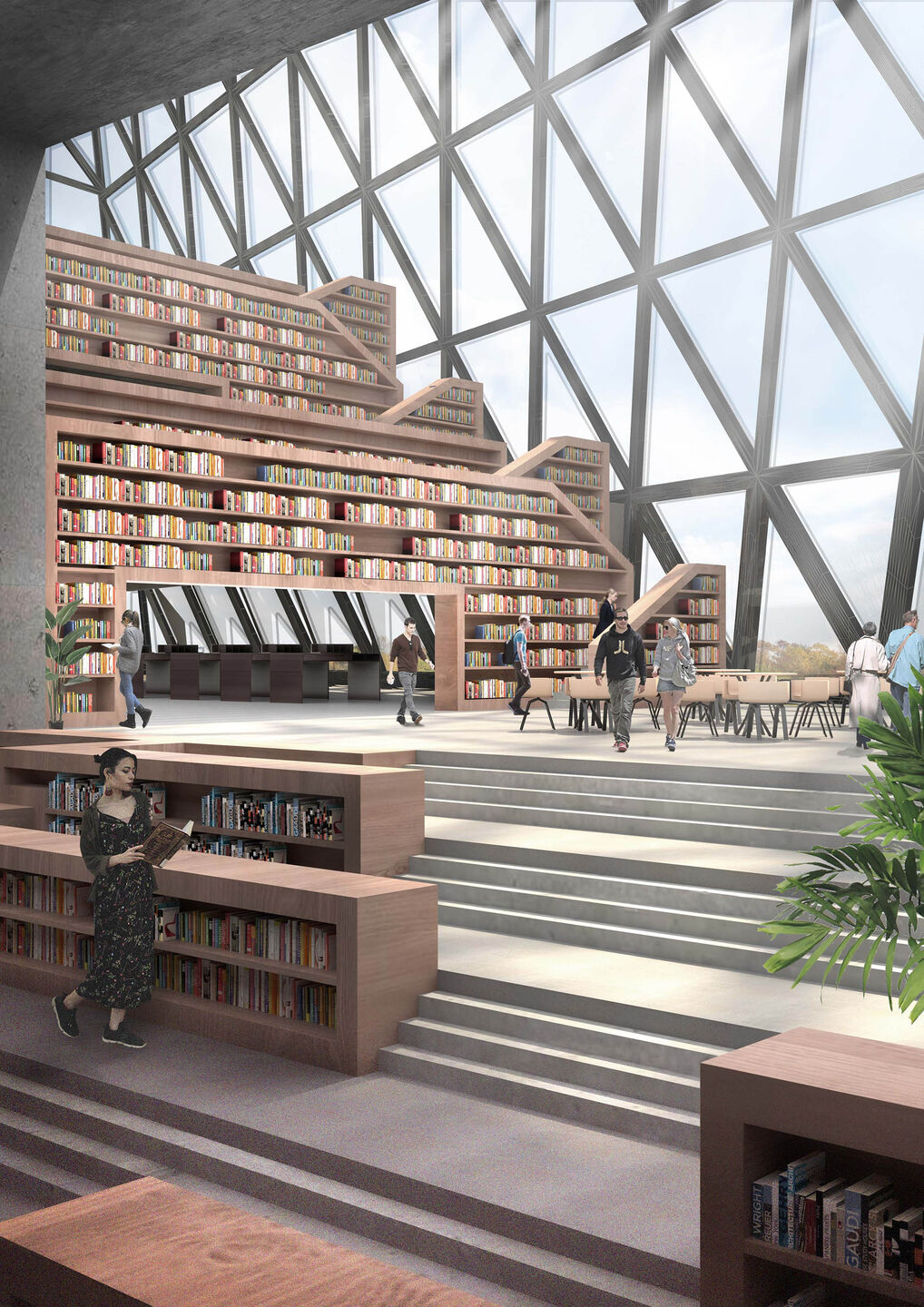 warsaw features the largest collection of towers in europe, with 64% of them housing offices and the rest being residential or mix-used, showcasing an evident lack of culture programs. having in mind the failure of the babel tower, which articulates the importance of communication and cooperation; essential qualities of the new generation library that serves as a cultural symbol, the architects approached the design with the idea of a tower. the new library shall stimulate the communication of the public, providing diverse and interlaced knowledge. everybody with the knowledge to share could perform in the space, generating a open public library serving as the city’s vital think tank. the main body of the building is formed by stacking layers of book walls rotating upward, providing the most basic service of a library. 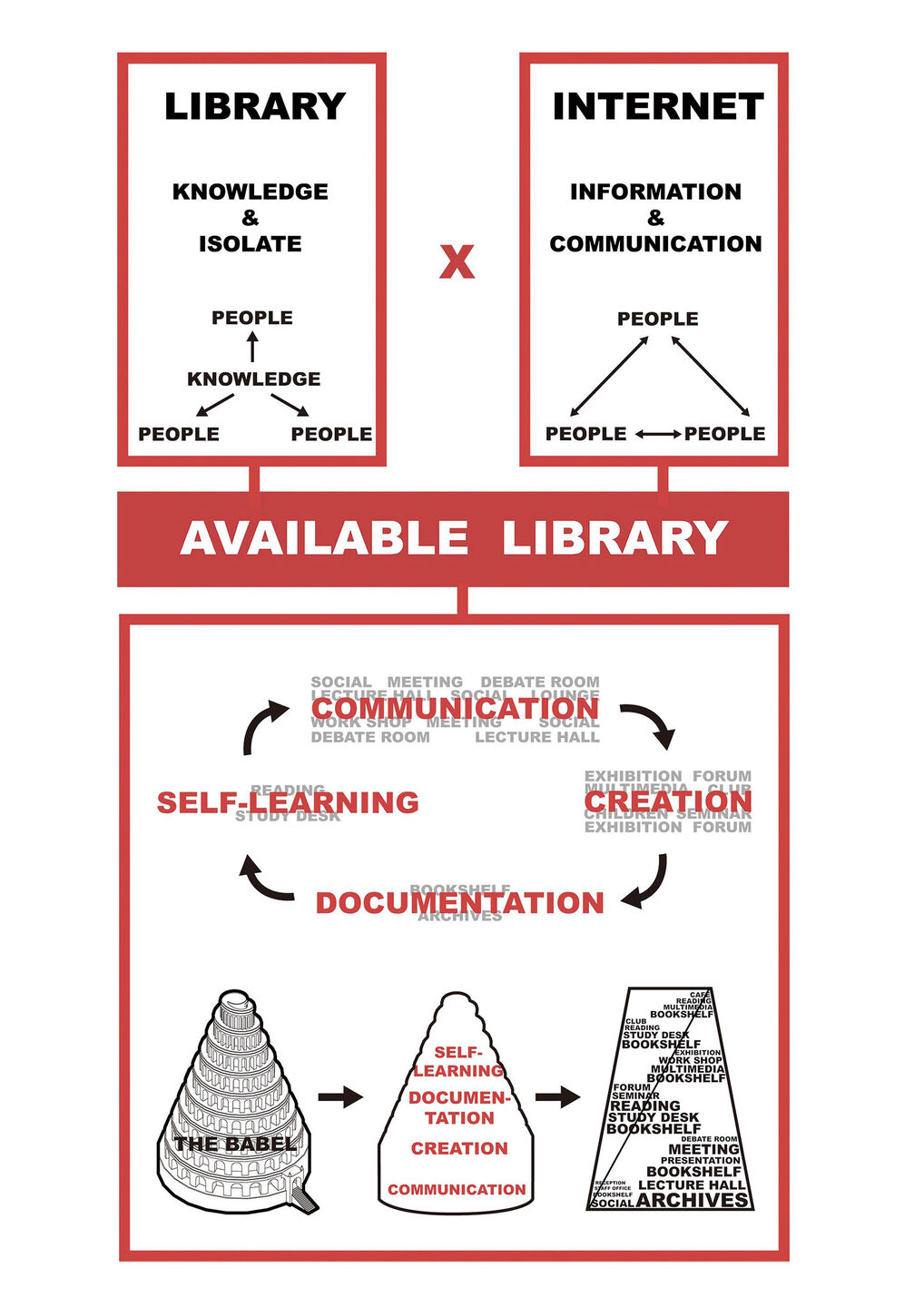 in order to encourage interaction and communication, three vital zones have been formed. each zone contains an enclave, which can be a photograph darkroom, a print shop, a music hall, etc, generating a public domain for socializing and spontaneous learning activities. the three zones feature: the creation space – attracting people with interests like photography, music, and art crafts. they are informal spots inserted into the public domain, organized according to schedule and workshop. secondly, the communication space – focusing on lectures, media publications, and advanced innovation industries. this section provides a series of co-working spaces, set up with the interface for the intelligent with new ideas. lastly, the self-study space – the top-floor section is defined as a self-study space with the archive, combining with a viewing platform and a cafe. 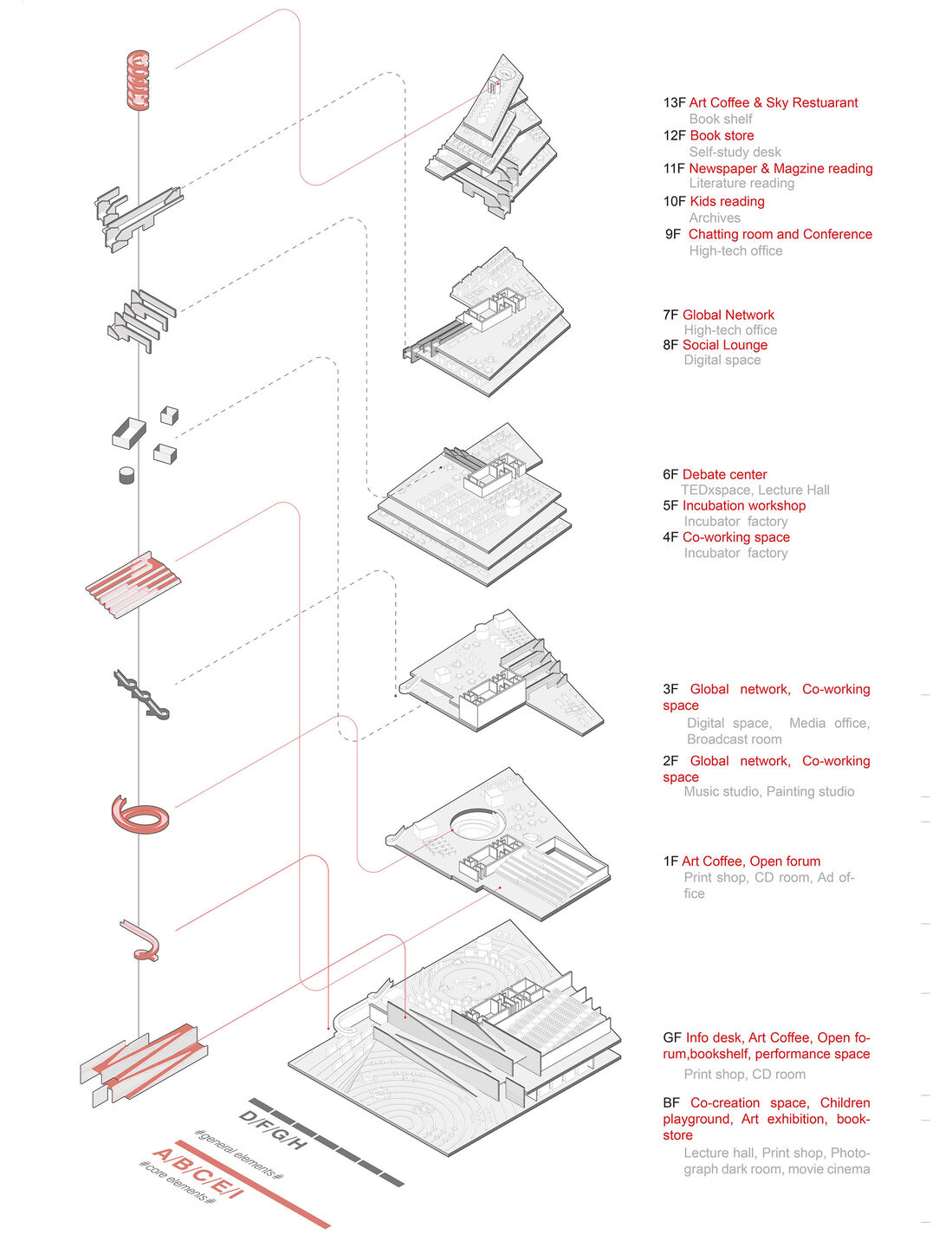 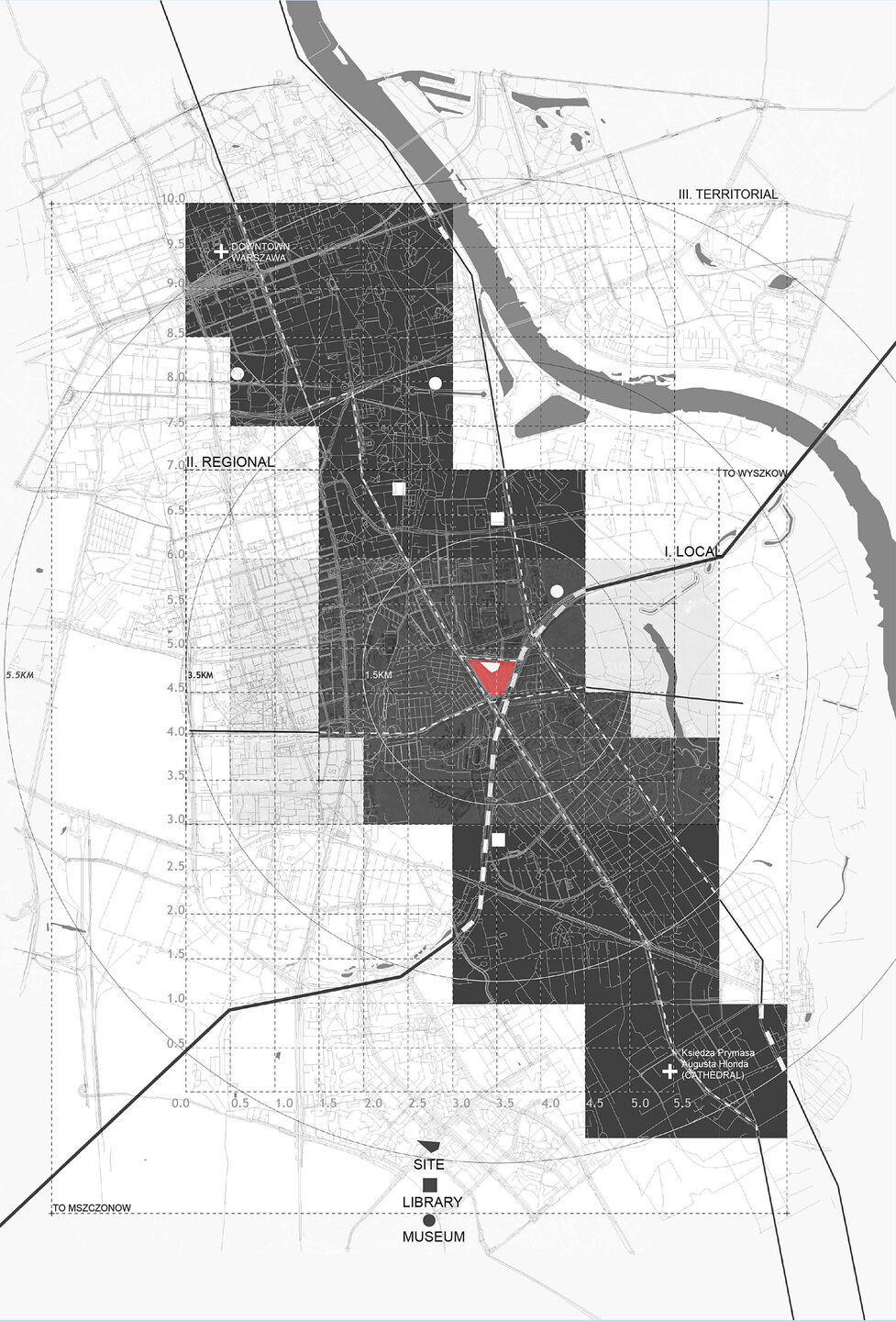 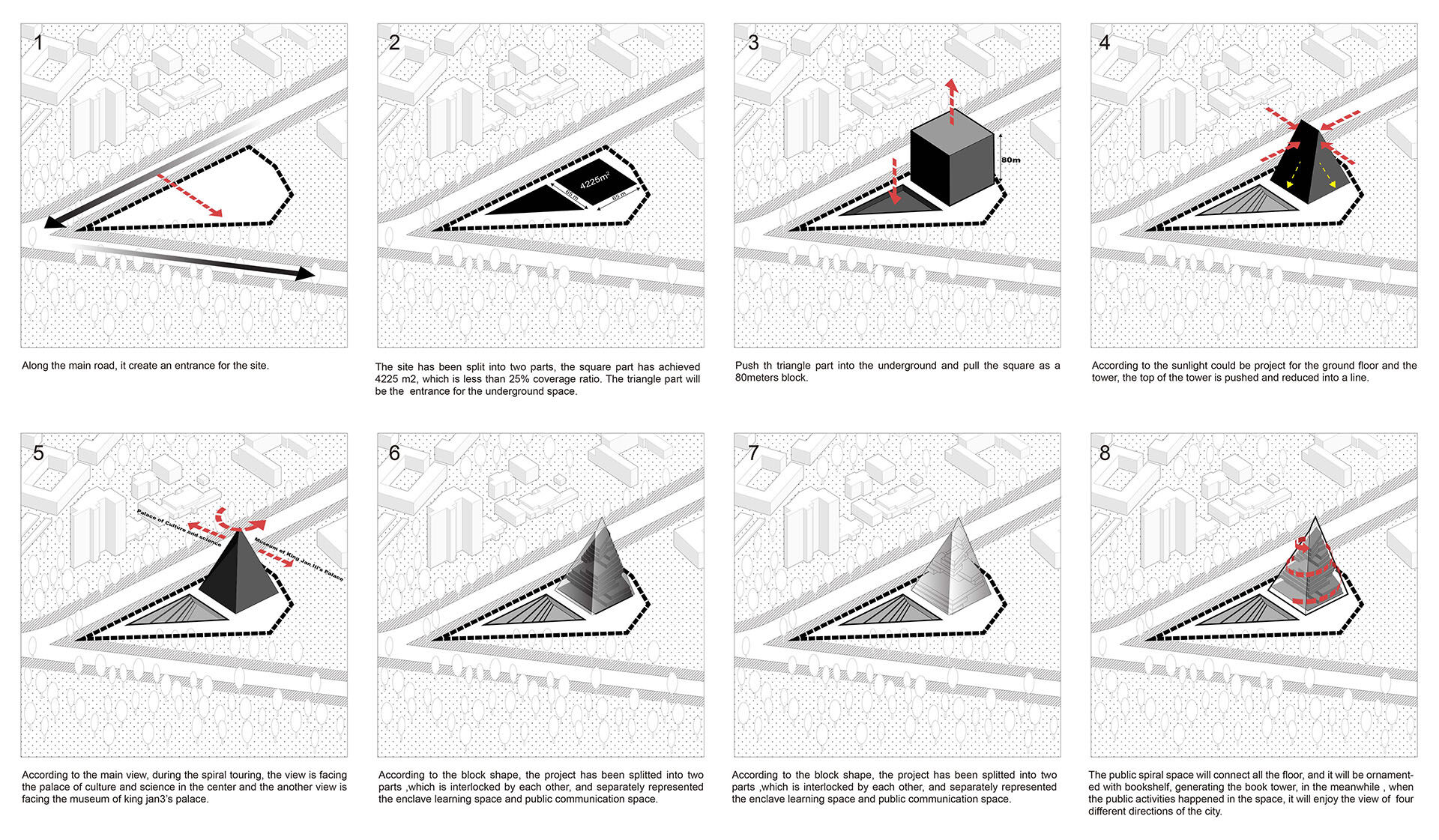 House in the Courtyard
IGLOO ARCHITEKTI